As part of our History topic, class 6 explored the cause and  impact of Rationing in the UK during WWII. With this knowledge, we then followed recipes for both modern chocolate cupcakes, which included ingredients that were rationed during the period of the war such as eggs, butter and sugar and a WWII recipe. The WWII recipe for chocolate cupcakes was without the rationed ingredients. We did a taste test and a few of us actually preferred the WWII cakes. It was great for the class to get hands-on experiences of how people had to adapt during this time.

On the 11th October, we visited the Imperial War Museum which included many interesting artefacts from WWI and WWII, which we had been studying in class. We thought that the tanks were massive along with the planes and missiles which were used in both wars. We also saw the different uniforms and the armour used to protect the soldiers, in addition to the gas masks which were made for both the soldiers and horses. One interesting thing that we saw was a letter from a 9-year-old who was aspiring to join the war, using his bike to act as a messenger.

From Harry and Dylan

We had a visit today from Mr Diado, and he spoke about How Malta was involved in the war. He told us a lot of information about Malta and we were surprised to hear that Malta, within a four-month period, was bombed more heavily than the whole of England was during the entirety of the war. We were lucky enough to see the Military war medals which were awarded to his Father in law (Gerald Balzan MM) which included the medal for exceptional bravery on the battlefield - a medal that was only only awarded to 15,000 men during the whole war). He explained that his Father in law won the medal by protecting a damaged ship which was in the dock for repairs. He was able to successfully defend the ship, despite multiple bombs falling around him.

By Jack and Samhita

His talk was very interesting and have made us even more excited to visit the Imperial War Museum tomorrow.

On the 30th September, after the Harvest festival, Class 6 sold their homemade cakes. We had been asked to bake a selection of cakes over the weekend and bring them into school for this occasion. There were a large variety of cakes on sale: rainbow, cheesecake, victoria sponge, Oreo cake, carrot cake, black forest gateau and many more delicious treats. The first round of cakes were sold to the parents, when we also sold tea and coffee. The second sale was for the children of Steephill during first break. The final sale was after school, in the carpark, where we sold out of practically all of our cakes! Overall, we made £315 and along with Class 5's Roald Dahl themed sweet sale which raised £111, we raised an total of £425!

By Meera and Gracie

Thank you to all of the parents and students who bought our treats and help raise such an impressive total for a wonderful cause!

This term, we are enjoying learning about World War One. We have learnt about how it began and have looked at the propaganda posters of the time that were used to encouraged and provoke men to sign up for the army.

We analysed the use of colour, their language and the illustrations and how these elements impacted on the audience. We then used this knowledge to create our own propaganda posters which will be displayed in our classroom.

From Jiya and Emily 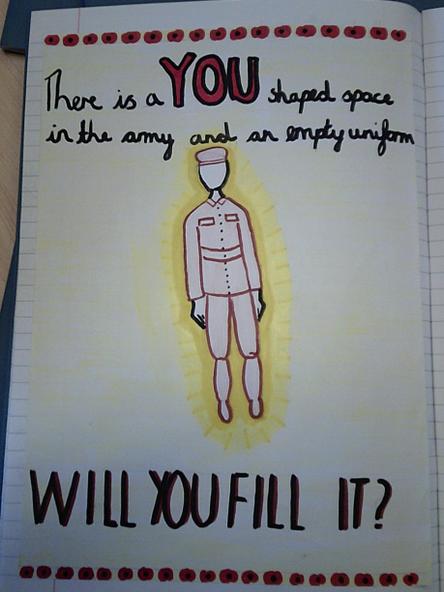 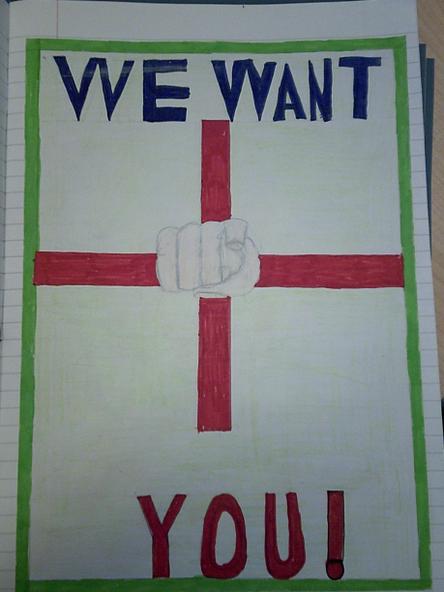 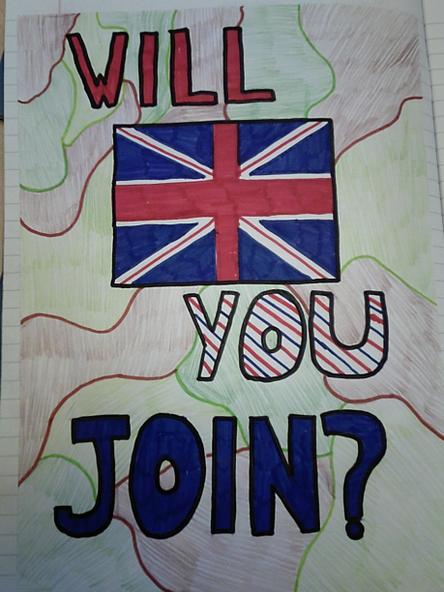 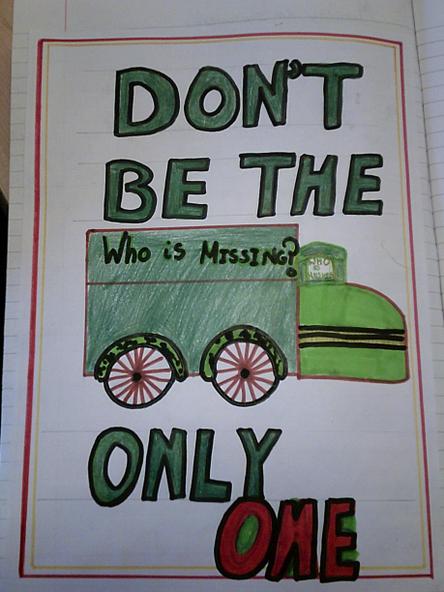 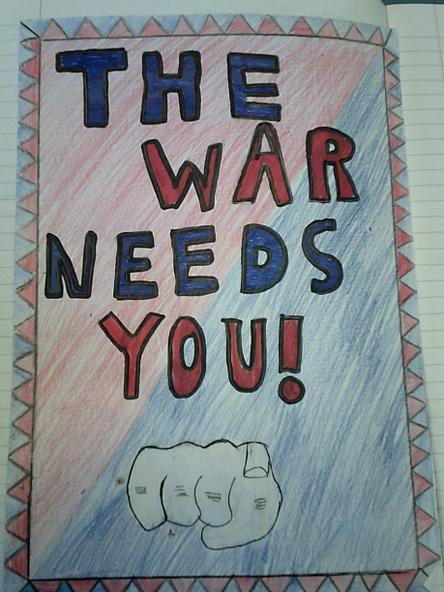