Please find below details of how our Governing body is structured, including the names, categories, responsibilities and terms of appointment for each Governor.

Wayne was born and educated in Sydney Australia – after school he attended Sydney University majoring in English Literature and History before completing a post – grad in teaching. He began his career at Galston High School (1979 – 1988), took promotion as Head of English and History at Ashfield Boys High School (1989-1995) before moving to the UK and accepting the post as English Head Teacher and Housemaster at the King’s School Rochester, where he taught for twenty-two years. He retired in July 2017

He is married to Michelle Peirce and they live in West Malling. Personal interests include cricket, theatre, history and fine wine.

His responsibility as a governor includes chairing the Education sub-committee.

The Governing Board is divided into 3 sub-committees: 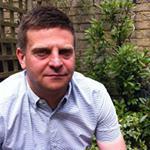 Martin was educated at Watford Boys' Grammar School in Hertfordshire before commencing a career in finance. He has worked for the Lloyds Banking Group for twenty-seven years, principally in commercial banking. He currently has overall responsibility for clients in education, healthcare, legal and property sectors across Kent & East Sussex.

He is married to Nicola and his son was a pupil at Steephill.

Personal interests include most sports, especially football, golf, rugby union and badminton. He has season tickets for Watford FC, a club he has supported since his early childhood.

His responsibilities as a governor include oversight of the school's finances and undertaking internal audits. 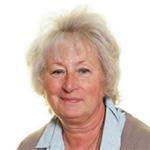 Sandra's son was at Steephill School from the age of three and a half years and then progressed to the Dartford Grammar School for Boys. During her son's years at Steephill School she was instrumental in helping to set up the school as a Charitable Trust to ensure that it continued after the death of its founder Miss Eileen Bignold and she has been a governor ever since.

Sandra is responsible for liaising with the Charity Commission, completing the annual returns and keeping up with current changes in the rules and regulations governing charities. She also liaises with the auditor when completing the annual accounts. She is now retired from her job as intellectual property executive for a national newspaper group, but her experience allows her to bring some basic legal as well as accounting knowledge to the board of governors.

She now spends most of her spare time trying to raise money to build a war memorial to the worst civilian disaster in London. With that, gardening and Steephill, there isn't much free time left for other interests, though her love of reading will prevail one day. 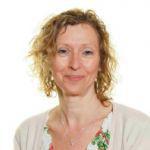 Laura has had a connection to Steephill School for many years. First as a pupil then as a daughter of a teacher for twenty-five years. She also did work experience at Steephill and went on to qualify as a Nursery Nurse. She worked in various settings including private and state nurseries, was a Nanny in private homes and worked abroad for holiday companies in winter and summer resorts.

She now lives locally with her husband and two children who both went to Steephill and are currently at grammar school in Gravesend.

She enjoys coming to the school at least once a week to hear the children read.

In her spare time, she loves walking with her cocker spaniel, riding her bike, cooking, especially cakes and she has recently taken up gardening. 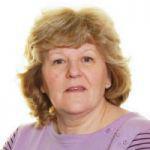 Doreen worked as a personnel officer for Lloyds Bank International for many years and then until September 2010 for the National Health Service coordinating the 'Out of Hours GP Service'. She is now semi-retired but works part time in a GP's surgery. She has been associated with Steephill since 1987 when her son joined the Nursery as one of Miss Bignold's "tiny's".

When the school was under threat of closure in 1990 Doreen assisted her fellow governors to help set up the school as a charitable trust. Doreen is responsible for the school's catering, ensuring that the school maintains high standards of food preparation and adheres to dietary controls and hygiene guidelines. She also assists with personnel matters.

Her personal interests include history and gardening. 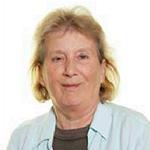 She was the head teacher of Steephill School from the first day it opened as an educational trust in 1990 until 1996 since when she has been the learning support and child protection governor.

She has had three children at Steephill, all of whom have progressed through the school, have gone on to obtain degrees at universities (one a doctorate in psychology, one in joint Hons English and French and one in philosophy) and are now employed in top jobs.

Her personal interests include horses, dogs, drama, history and equestrian sports, athletics, netball and rugby union. She has lived in Fawkham for many years and has attended Fawkham Church. She has been a long-serving member of its fund-raising committee and involved in its churchyard environmental projects. 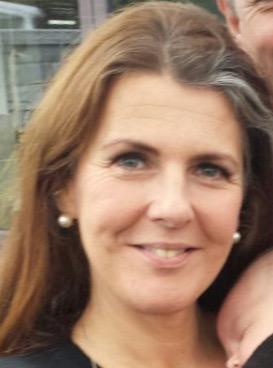 Michelle has a wealth of knowledge  Health and Safety from Sevenoaks Prep where she has responsibility of the 20 acre site. Her son, now 27, attended the Prep and Michelle is still there!

Michelle is also a trustee at a homeless shelter with responsibility for fundraising and volunteers in the shelter during its 3 month opening period each Winter. She is also an Age Concern befriender.

Michelle is married to Wayne Smith (Chair and Academic Committee) and as well as walking their beloved dog and going to the gym together. They are grandparents to a 4 year old.

Unfortunately not the ones with chocolate chips.

Some cookies are necessary in order to make this website function correctly. These are set by default and whilst you can block or delete them by changing your browser settings, some functionality such as being able to log in to the website will not work if you do this. The necessary cookies set on this website are as follows:

Cookies that are not necessary to make the website work, but which enable additional functionality, can also be set. By default these cookies are disabled, but you can choose to enable them below: